When your co-worker earns more than you - HRM

When your co-worker earns more than you

It can come as quite a surprise if you happen to learn that a co-worker whom you thought you held the same rank as is actually earning more than you.

Though a debate is growing around whether companies should make pay information transparent, the status quo is currently to keep individual pay a private matter between the employee and HR. This is why it can come as quite a surprise if you happen to learn that a co-worker whom you thought you held the same rank as is actually earning more than you.

So what are your options besides feeling inadequately compensated? Several HR and pay experts weigh in on how to change your compensation, improve your career path and the steps you should avoid taking. 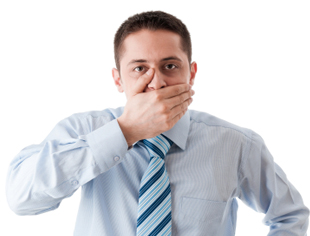 Don’t turn to your co-workers for information

If your first instinct is to ask your co-worker what qualifies him to earn more, or to ask other co-workers how your pay is determined, stop right there. Deb LaMere, vice president of HR strategy and employee engagement at human capital management services and technology firm Ceridian, says, “Speaking with co-workers about their pay level in relation to your own often results in negative consequences. This type of conversation can lead to resentment and anger, effectively changing relationships for [the] worse between co-workers, project teams and possibly with direct management.”

While transparent pay information would resolve the secrecy issue that can trigger problems at work, it holds true that compensation levels can vary widely for valid reasons. “There are many factors to consider when it comes to evaluating individual pay, especially length and type of experience,” LaMere adds. “Having a salary comparison conversation with a co-worker is not constructive to understanding ones' own pay rate and possibly influencing changes to individual pay and compensation levels.”

Instead of turning to your co-workers for information, rely on outside sources and garner as many points of data as possible. “Lots of information is readily available through salary surveys and websites, industry associations, recruiters/headhunters who place candidates in your industry and space and through actively networking with colleagues and developing real meaningful professional relationships… so that delicate topics like salary, bonus and benefits will be discussed openly and shared comfortably,” says Roy Cohen, career coach and author of “The Wall Street Professional's Survival's Guide.” “You also need to be absolutely clear on what the numbers represent. Are they for equivalent positions and for equivalent performance?”

Once you have a well-researched idea of the pay level you could and should be on, gather evidence for your boss that echoes those numbers. “One option is to volunteer for and take on visible, challenging initiatives and then manage them successfully,” Cohen says. “That is just half the battle and it is often where the process breaks down. While a project is underway and once it is completed, key stakeholders must be made aware of your significant contributions both during and after...The gift that keeps on giving. It is helpful to have a mentor within the company who can advocate for you and enhance your visibility as well as serve as a sounding board for advice on how to approach your boss.”

Whether you have office backup or you’re presenting on behalf of yourself, it’s important to prove to your boss that a pay raise is deserved because of your merits, not that you’ve simply learned of the pay discrepancy.

Take it to your boss

You’ve done the research and ensured that your request will be backed up by proof of your hard work. So how do you begin this conversation with your boss? Katie Donovan, a salary and career negotiation consultant, equal pay advocate and founder of Equal Pay Negotiations LLC, says, “Start the process of discussing a raise or salary adjustment with your direct manager. I recommend asking for help, not demanding a raise. Say something like, ‘I recently discovered that I am paid below the market value for this job. What can we do to rectify it?’ This makes it a collaborate discussion and gives management the opportunity to come up with a solution, which might be better than you anticipated.”

Heading into the meeting, “bring with you the research you did on pay for the job so you can discuss your research,” Donovan says. “Also, be prepared to highlight your contributions to the company as reasons you deserve to be paid on the high end of the pay range for the job. If you can, compare it to the lesser results of co-workers. Very effective reasons are contributions that saved the company money or generated revenue for the company. Do not expect a solution in this first meeting but do ask for a response in a certain time so this does not drag on forever. Something like ‘Can you get back to me by Friday on this?’”

Negotiating pay is a tough part of advancing in your career, but receiving the compensation that you deserve is well worth the time.

Why more women should have mentors

Many successful women cite having had a mentor as the biggest influence in their career.

Sheryl Sandberg and Meg Whitman had mentors. So did Tina Fey. Why don’t you?

Many successful women cite having had a mentor as the biggest influence in their career. So, if we all know it’s important, then why don’t more of us have them and how do we get one?

Where the mentor gap begins

According to the Harvard Business Review, one of the biggest problems for women seems to be that we don’t seek out mentors the way men do, and when we do, those mentors are usually in a less senior position than the mentors men choose.

The other factor is time. As women, we typically have the added burden of doing the majority of the work-life balancing. As a result, women who obtain powerful positions in their careers and have families often have less time to offer formal mentoring to others, even if they have benefited from it themselves.

Women are projected to make up 51 percent of the workforce by 2018. To ensure that we grow to our full potential, finding a mentor needs to become a priority.

While bluntly asking someone to be your mentor can be effective, mentorship usually happens when your good work gets the attention of your boss or someone in a higher position sees you as a younger version of themselves, inspiring her to take you under her wing.

When you’re in the spotlight for a job well done, take a moment to speak to your supervisor, the CEO or someone else you feel will be able to best guide you. Discuss your work, where you see yourself going and ask for advice on how to get there. You can ask for monthly touch-base meetings or whatever your soon-to-be-mentor’s schedule will allow.

In essence, you’re asking without asking, and hopefully the relationship grows and evolves organically. 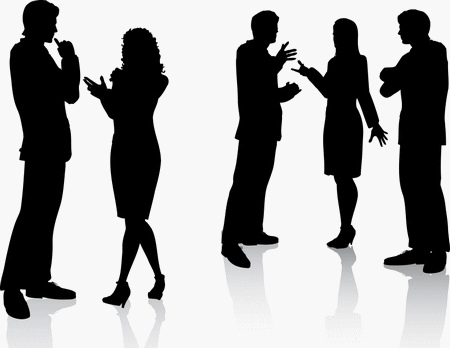 The rules of finding a mentor
We all have friends whose career trajectories we admire and simultaneously think to ourselves, how did they get to where they are? Naturally a lot of hard work was involved but if you actually dig, you may find that one or more mentors were involved along the way. In my life, that friend is Kristen Ferraro. I’ve watched her career progress from administrative roles to her current position asGlobal Manager, Customer Engagement and CRM Strategy for Cigna.When I told her about this article, she was more than happy to share how mentors positively impacted her professional development and helped her take her career to the next level.

1. Start early
At the onset of our careers, we’re still learning the ropes and aren’t as confident. It’s hard not to take things personally when interactions at the office are less-than-friendly. Ferraro was fortunate to find a mentor early in her professional career to teach her these lessons and serve as a touchstone whenever needed. Her second office job was at Edge Trade (eventually acquired by Knight Capital Group), and then-CFO Norman Schwartz saw that Ferraro sometimes struggled with the more difficult personalities in the office. He took her aside and gave her the best professional advice anyone has ever given her: “Don’t take things personally.” What this advice did was help her take a step back and see the bigger picture and to figure out what she could and couldn’t control. “You’re not here to make friends,” he said. “You’re here to do a job. Stay focused on the work and the goals of the company.”

2. Have support outside of the workplace
Ferraro’s father, Ralph, is an educator and always encouraged her to face any challenge head on. Whenever she’d complain about work-related issues, he’d push her to address them and advise that working to overcome the issues would make her a better professional and a better person. Ralph is living proof that there is no challenge you should back down from. When faced with the devastating news that he had cancer and was given six months to live, he fought for his life. Today Ralph stands as a medical miracle, cancer free, and a constant inspiration to his daughter to tackle any challenge, no matter how big.

3. You never outgrow mentorships
The need for a mentor later in your career is just as critical as having one at the start. As competition for higher-level positions becomes fiercer, having someone that can help catapult your career to the next level is imperative. Once again, Ferraro found that person when applying for her current job. Ferraro and her interviewer Michele Paige instantly hit it off during the interview process, and she was offered the job. From day one, Paige shared her desire to help Ferraro develop. She advised her to take a skills assessment test so they could identify areas of strength and align them with her work and projects. Then they’d identify areas for improvement and work on developing them.

Mentoring takes time and dedication, but it is a valued relationship for both parties involved and can offer just as much to the mentor as it does the mentee: A fresh perspective on the work at hand, the opportunity to keep your skills sharp and a personal sense of reward from seeing the positive effects your actions have had on someone else. Indeed, Ferraro herself is currently mentoring interns within her organization and states, “It’s a great way to remind myself of the valuable lessons I've learned along my own journey."